This page describes about how the usage and location of the tower changes depending on your game progress.

I’ll be using words like “Early Stages”, “Middle Stages” and “Final Stages”. These represent the approximate waves you can complete as shown below.

Note: Waves you can complete depends on the difficulty of each stage, so this is just one of the criteria.

In early stages, which you cannot unlock most of the global upgrades, build towers with long ranges in the middle of the map. Short ranged towers will be built along the “Road” to attack enemies nearby. 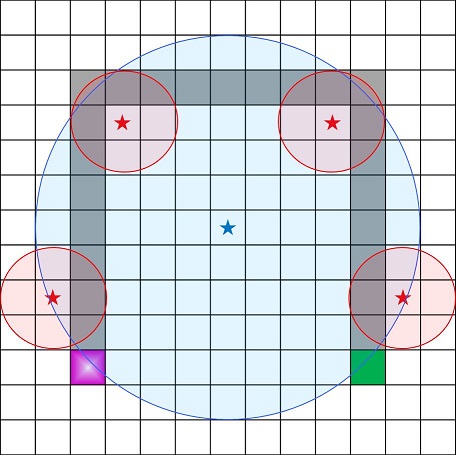 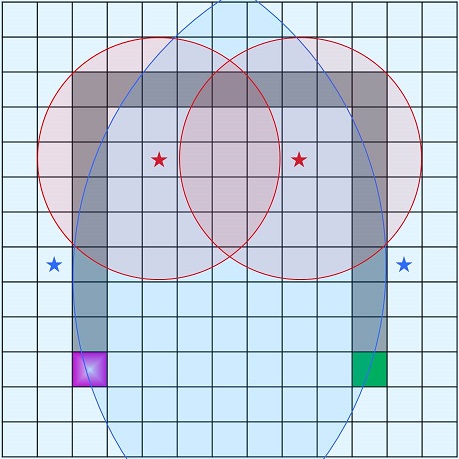 Long ranged towers like “Air” and “Missle” will be built on the edge of the map in such situations.

Which Tower to Use

Main tower will be the “Basic” in the early stages, since building and upgrading cost is cheap.

A couple of “Air” will be needed for flying enemies.

If you have some coins left, “Missle” will be effective for attacking “Icy”.
However, “Icy” will not appear in a great mass at early stages, and will not affect much of your health.
So if you have difficulties in defeating other enemies, care about those enemies first, and you can build “Missile” after that.

Still if you have remains in your coins, then you can build any towers you want to build.

Levels and ranges of “Blast” and “Freezing” are relatively low in the early stages, so they are difficult to play the main role of defending the base. First of all, just attack enemies by “Basic”, and try earning waves little by little.

If you are able to complete about 200 waves, “Multishot” and “Blast” are going to be useful.

Especially, “Multishot” can fire rapidly against multiple enemies, so it can confront a bunch of enemies in middle stages. Replacing about half of “Basics” into “Multishot” will stabilize your defense.

If you have some coins left, building “Sniper” would be good for “Boss” and “Bonus” hunting.

If you are using “Blast”, upgrade its “range” first, then “attack speed” and “stun chance”.
Building “Blast” and “Freezing” next to each other would also be effective. The more slower enemies move, the more chance to stun enemies.

You may need more “Air” and “Missile” to defend the base, about four to six of them.

In final stages, you might not be satisfied with the damage of “Multishot”. If so, building “Minigun” would be a good solution.

This tower is difficult to use in the early stages, since it takes time to gain attacking power. But it won’t be much of a problem if global upgrades are sufficiently unlocked.

Its range is relatively wide, has enough attacking power, and can attack air enemies… it can correspond to various situations. Replacing “Basic” with “Minigun” will be good.

You’ll need to build “Missile” if there is any vacant platforms left. To the contrary, “Air” will be enough if you already have the same number of them as in the middle stages.

So in the final stages, stop enemies as much as you can, and attack them mainly with “Minigun” and “Missile”.
(And of course, other towers are needed, too!)

If each of the towers’ global upgrades are unlocked to at least about level IV, you’ll achieve 1000 waves at several stages by this strategy.