In this page, I’m going to talk about how to reach relatively high waves in smartphone app “infinitode 2”.

Posted on July, 2021
Strategies in this game have completely changed from season 2. Here’s my new video about reaching high scores, which is not so different from reaching high waves.

Besides explanation in this page, I uploaded a video on YouTube.

How to reach high waves in stage 3-1 is demonstrated.

In this page, stage 1-6 is used for explanation. 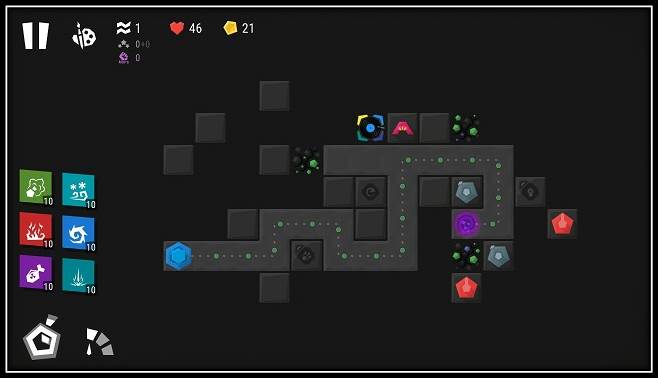 Place some attacking towers at the beginning. In this image, “Cannon” to beat “Regular” and “Fast”, and “Missile” to beat “Strong”.

“Blast” was placed around the portal with the remaining coins. 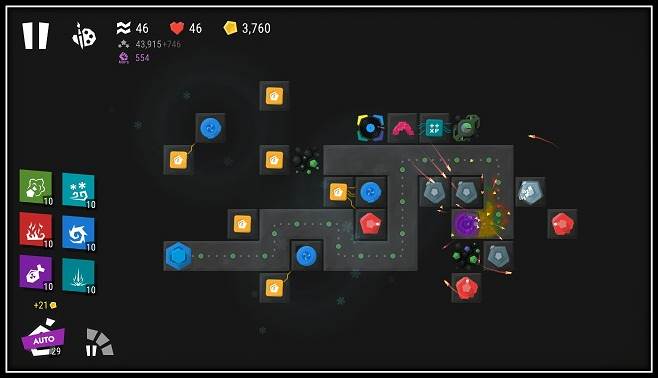 Placement of “BOUNTY” is finished. From now on until WAVE 100, upgrade attacking towers.

In this image, two of the “Freezing”s are for enemy delay (upgrade), and one left for throwing snowballs (no upgrade). 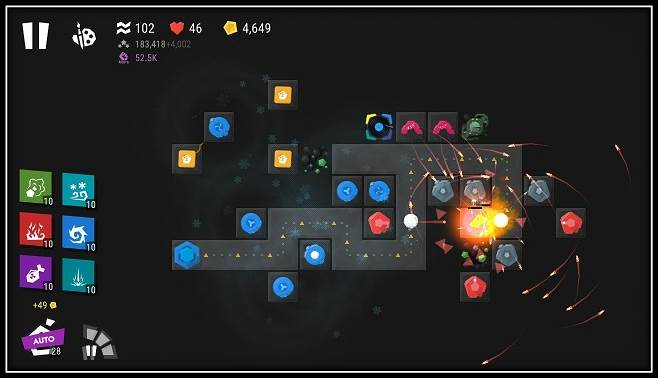 Attacking towers will be upgraded to maximum level around WAVE 100.

In this image, some of the “BOUNTY”s are uninstalled and replaced by “Freezing”s.

Just wait until WAVE 150 (or less), and these “Freezing”s will also be going to begin throwing snowballs. 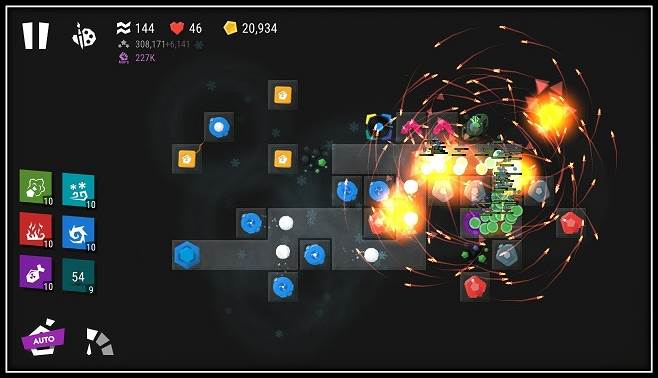 The number of snowballs increased, and coins are accumulated.

Now is the time to increase MDPS. 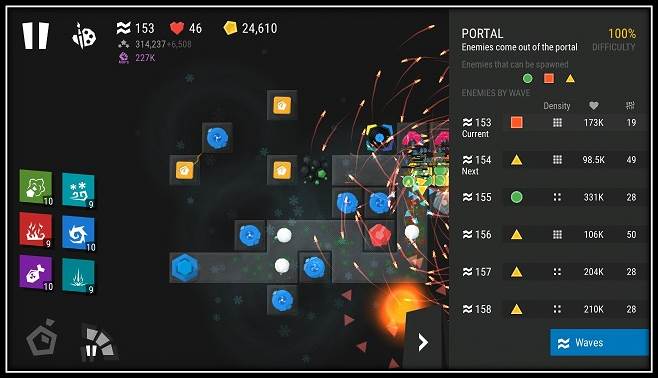 Tap “portal” and see information about enemies coming up.

If there are some waves with a bunch of enemies, it will be good for increasing MDPS.

And, if you were controlling enemy’s appearance automatically, you’d better change it to manual mode here.

Call for the next wave as soon as you can, and increase the number of enemies in the screen. 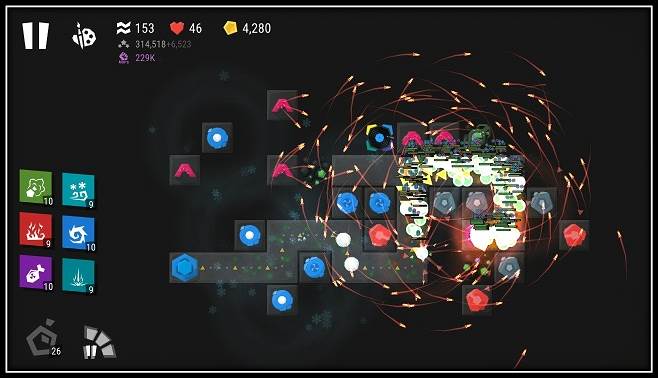 Using the remaining coins, all remaining “BOUNTY”s are replaced by “Missile”s, and upgraded to the maximum level.

When enough enemies are in the screen, then use “Windstorm” ability. Make sure that the leading enemy is pushed back to the portal. 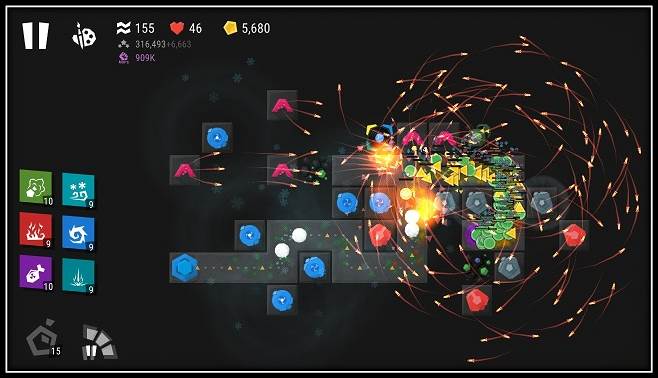 Due to the concentrated attack to the enemies gathered to the portal, MDPS increased from 229K to 909K. 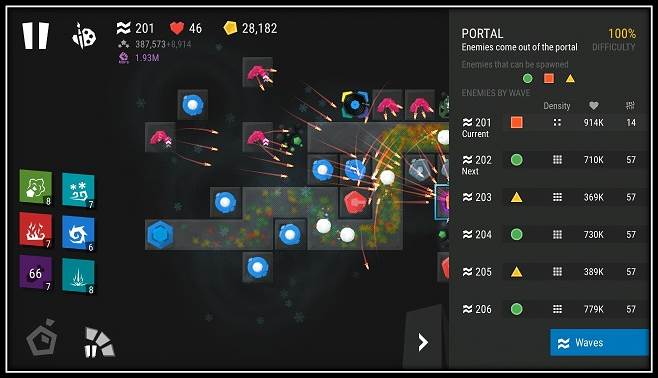 WAVE 200 reached using abilities. If you have chance, try increasing MDPS when opportunities (= many enemies) come. 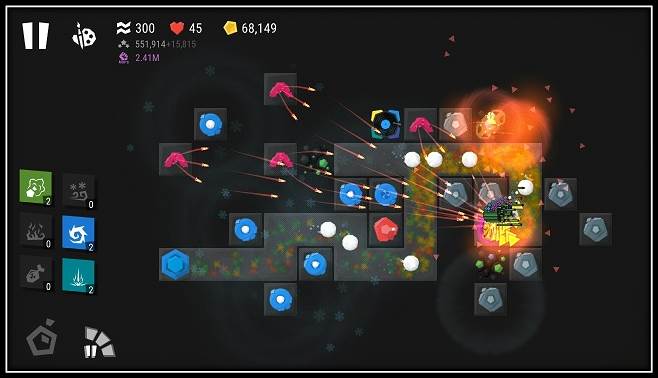 All attacking towers cannot give much damages to the enemies beyond WAVE 200, so replacing them into “Blast”s and “Freezing”s may be a good alternative.